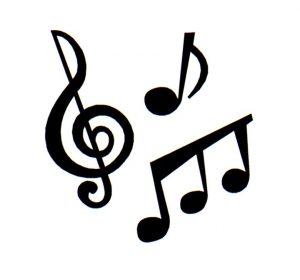 My friend Anne O’Brien is involved in putting on Songs of Meaning and Power in Sydney, 25 – 27 November. The weekend includes a number of workshops and song sharing circles to connect people with each other and their motivations for activism. This coming weekend I’ll be going along to the Commonground Festival in Victoria to run a workshop on activism. The festival is a celebration of social change movements, and there will doubtless be plenty of songs of meaning and power played there.

Songs often encapsulate the various elements of story: Conflict, Characters, Imagery, Foreshadowing, and Underlying Assumptions. They can convey drama through identifying villains, heroes and victims, and communicate an emotional tone whether joyful, defiant or sombre. Songs are also memes which can spread virally, spreading meaning. They can manage all this in a remarkably short amount of time – surely there are lessons here for campaign narrative!

smartMeme’s story-based strategy campaign model uses both the Battle of the Story and the Story of the Battle.

Battle of the Story: 1. The political contest of defining meaning and framing a situation (or issue) for a popular audience. 2. A social change narrative with the goal of persuading people who aren’t necessarily already in agreement with the social change effort.

Story of the Battle: A social change narrative that intends to mobilise an audience of people who already share political assumptions with the communicator.

Some songs speak to a movement or community from which they’ve arisen, some tell a story to an audience beyond that group, some do both. Social movement stories are often lost through the re-writing of history by dominant interests. Songs can be a record of what has occurred, resistance to suppression, and an alternative mode of communication.

Here are some songs I’ve been thinking about, and singing along to, recently.

I am Woman, Helen Reddy. Sure, this song sounds pretty cheesy these days but when it was first released in 1970 it captured the spirit of the emerging Women’s Liberation Movement. It flew in the face of traditional portrayals of women as submissive or victims. ‘I am Strong, I am Invincible, I am Woman!’

From Little Things, Big Things Grow, Paul Kelly and Kev Carmody. Many Australians have learnt the about the Gurindji strike from listening to this song. The song tells the story of how the Gurindji people stood strong to claim their land, and how that sparked the land rights movement. It offers inspiration for other struggles by telling the story of a movement which started small, showed courage and persistence and achieved success.

US Forces, Midnight Oil. After the recent Australian government decision to grant the US a permanent military presence in the Northern Territory, this song kept coming in to my mind. It’s a song born of the peace, anti-militarism, and anti-imperialism movements in the 1980s. It’s confronting that Peter Garrett is now a minister in the government which would make such a decision – and that contrast led to this Chaser parody, ‘US Bases‘.

This Land is Your Land, Woody Guthrie. This song written in the 1940s took widely held values and patriotic concepts and gave them a radical twist. It had renewed popularity in the 1960s with the growth of both the folk scene and progressive social movements, and has recently been adopted by the Occupy movement. Guthrie’s original song includes critique of private property and poverty.

Ella’s Song, Sweet Honey in the Rock. As someone who has chosen to contribute to social change through supporting the development of individuals, campaigns and movements, I find this song really inspiring. It celebrates the life of Ella Baker, civil rights movement strategist and educator. Bernice Johnson Reagon drew on quotes from Ella Baker to convey Baker’s passion for developing leadership in others.

What songs inspire you? What have you learnt from songs? Check out the Songs of Meaning and Power website and share your thoughts over there too.