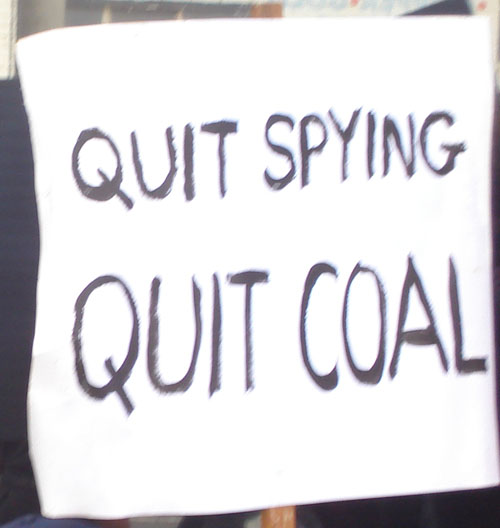 Recently it came to light that a minister in the Australian government, Martin Ferguson, has advocated for increased surveillance of anti-coal and other climate activists, and for stronger penalties for actions taken on energy infrastructure, after being approached by energy companies. While the direct link between industry targeted by activists, a government minister, and resulting surveillance of activists is noteworthy, it is nothing new for activists to be monitored by either police, ASIO or private companies.

The ‘open source intelligence’ activities of NOSIC (the company contracted by the Australian Federal Police to monitor activists) appear to mostly be tracking online activities and social networks for example on Facebook. We must assume that this kind of monitoring has been going on for many years, as well as less frequent but more invasive practices such as phone-tapping, bugging, and infiltration of activist groups by undercover agents.

These latest revelations have heightened awareness in Australia around issues of activist surveillance and security.

Surveillance of activists is undertaken for different reasons:

How can activist groups respond? One option is to ‘call the bluff’ on repression. If one of the intentions behind surveillance is to intimidate activists into taking less action – respond with more! Quit Coal organised a clever and funny snap action at Martin Ferguson’s office, Occupy Melbourne rallied, and a National Check In With Martin Ferguson Day was held. The story about NOSIC was a valuable political opportunity to highlight the extent to which Martin Ferguson acts in the interests of the fossil fuel lobby and against the interests of his own constituents and the wellbeing of the broader community and the environment. 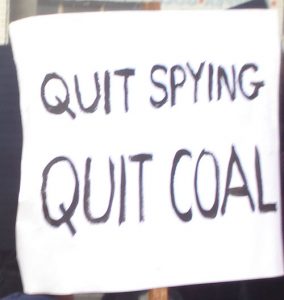 Another response is to plan and prepare to protect the security of your group and its members. Depending on how public your group is, and the kind of activities it engages in, will determine how much of a priority you make security.

There are limited resources available that focus on activist surveillance and security and very little I have found written for an Australian context. Here is a collection of what I’ve managed to track down. I’ll update this page with more resources as I become aware of them, so please comment below or email me if you have other suggestions. These resources are provided for your consideration – to learn from the experiences of other activists and if necessary modify the practices of your group.

“Unfounded paranoia is not helpful to anyone but your enemies. Indeed, paranoia is not part of the security process; it is an unhelpful state of mind often built on emotion. Your fears need to be grounded in facts and rational consideration to be part of your security in a useful way.
Fortunately, the problem of insiders working against us is not as big as we might suppose, and those who sponsor them spread disinformation about the extent of it. It suits their purpose to keep people guessing. It is always good to remember there has been and remains a long history of successful campaigns and actions despite the informers operating inside our groups.”
Infiltrators, Informers and Grasses: how, why and what to do if your group is targeted, page 2, download from ActivistSecurity.org

“Security is a process that protects you in some fashion, whether in the run up to, during or after the event(s) you are involved in. This means, that security is there to facilitate the smooth operation of your action, campaign, etc. and help keep everyone safe… There is no such thing as a 100% fail‐safe system. There is always some risk; and security processes help reduce that risk to an acceptable level. It is up to you to define what the acceptable level of risk is and how best you can deal with it. Security is not a single thing; it is a process and a state of mind.”
A Practical Security Handbook for Activists and Campaigns (v 2.7),  page 3, download from ActivistSecurity.org 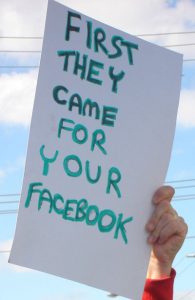 “Is security an absence of risk? Or being able to manage risk? Obviously by choosing to be a HRD working for the rights of other people, individuals and organisations have taken on certain risks. These will vary from country to country and context to context and will vary over time. Defenders have an obligation to themselves and the communities on whose behalf they work to pay attention to security. It is not a question of being self-interested but of ensuring the continuation of the work on behalf of others. It is about caring for the victims even more. It is not a luxury, it is a necessity.”
A quote from a human rights defender in  Europe, from the Workbook on Security.

Spying overlaps with other anti-democratic activities to undermine social movements such as strategic litigation of activists, greenwashing, ‘astro-turfing’, and other PR tactics. Check out the following books:

A forum was presented on 17 May by the Castan Centre on Human rights, protest and police surveillance, intelligence gathering and monitoring of public protest.

Activists Jan Beer and Chris Heislers shared their experiences of police and corporate surveillance and harrassment – highlighting the unethical connection between corporate interests and use of police powers. These stories showed how excessive surveillance, as well as litigation and heavy handed policing, are used to attempt to derail and dampen community protest.

Anthony Kelly from Flemington and Kensington Legal Centre, who has a longstanding involvement in nonviolent direct action and organising, outlined the emergence and history of the modern ‘template’ for police surveillance of public protest. He encouraged activists to be prepared for surveillance, to organise openly and democratically, and take steps to monitor and record surveillance.

Anna Brown from Human Rights Law Centre provided an overview of the legal and human rights aspects, including recent cases here and overseas which challenge the use of surveillance.

You can view some of the highlights from the discussion on Twitter at #CCProtest. A Lateline story covered some of the issues discussed at the forum. Like ‘The Secret Life of Police Profiling‘ on Facebook for updates.

Many thanks to everyone who suggested resources for this post. More are welcome!  Please comment below or use the contact form if you have other suggestions. It would be excellent to start a conversation about activist experiences of surveillance and spying – but of course whatever we say will be of interest to those we discuss.

Photos of placards taken at the Occupy Melbourne rally at Martin Ferguson’s office, Preston, Victoria on 12/01/12.