Theatre for a Safe Climate 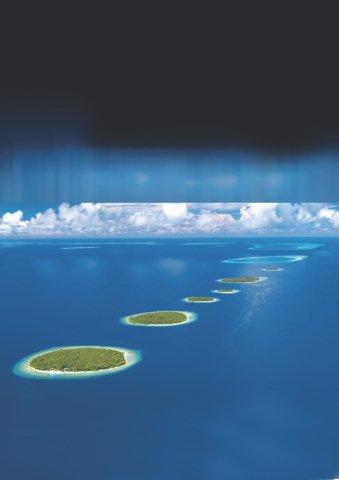 The next Melbourne Campaigners’ Network looks at Art and Campaigning, and it feels like wherever I look there are interesting examples of the intersection between these two things. The Art and Campaigning forum will largely focus on the visual arts, such as photography, drawing and painting, but obviously there are many other significant mediums. Last year I blogged about the role songs can play in inspiring activists, building movements, and documenting social movement history.

Hi Alicia! Firstly, can you share a little about what motivates you to run Soul Theatre?

It is part of my soul to help others, and I have talents I think can benefit others. I had a life-changing car accident 23 years ago. I died three times in the back of the ambulance, so I have to believe that there is a reason for my existence. It’s Soul Theatre’s mission to  “represent the misunderstood, the disadvantaged and the disenfranchised by educating and enlightening our audience, confronting attitudes of narrow mindedness, bigotry, injustice and ignorance.”

I believe education is an antidote to bigotry. Through Soul Theatre I aim to have an impact on our world, as well as showing that a brain-injured individual can make a difference.

What role do you think theatre can play in social change?

All art is about communicating. For me, the performing arts are the most powerful. People learn through different senses – visual, auditory, kinaesthetic, emotional. Theatre engages all of these, and involves actual people that the audience can relate to. So theatre can have a long lasting impact on audiences, and give them those ‘wow’ moments where thinking changes.

I also think if you give people an entertaining, pleasurable experience, they are more likely to learn. People’s resistance to learning is reduced when they are in a state of enjoyment.

Can you tell us about the Climamania Project?

The Climamania Project explores the emotional terrain of climate change through theatre and music. The term Climamania was chosen to reflect the somewhat manic response to the climate pattern changes that we’re starting to experience.

The Climamania Project is an umbrella for a number of productions. Later this year Soul Theatre will be presenting The Contingency Plan by UK playwright Steve Waters. This play received great reviews in the UK, and this will be the first time it is shown in Australia. Other activities will follow, with a festival of short plays and music planned.

The Climamania Launch on 18 March will include music, performance, comedy, and a presentation by Beyond Zero Emissions. The main aim is to educate and inform people about climate change – but without too many dry facts, instead using art and cultural media as more provocative, more inspiring and deeper vehicles for shaping society’s perceptions and actions around global crises.

Would you give any tips to others who are using the arts in pursuit of social change?

It takes a lot of perseverance! I believe in the ripple effect – the power and influence of our acts, spreading to many others. It’s the web of life. Persist, and work with others. It’s too important to humanity to give up.

About Alicia Liley
Alicia Liley was accepted by Actors Equity in 1990 and has worked in theatre, television, radio and film. She was the presenter in the film Remember Me that won The World Medal at The New York Festival in 1995 and also in that same year won The Silver Hugo Award: Most Prestigious Education Award in the World at the Chicago Film and Television Festival. Alica’s story was filmed for the hour long documentary “Alicia” that has been screened six times nationally from 1996 to 2000 as well as internationally several times. Alicia founded Soul Theatre Inc in 1994.

The Launch of the Climamania Project will be at the Athol Gill Centre, 100 Hodgkinson Street, Clifton Hill, from 6pm – 10pm on Sunday 18 March. Performers will include Bob Sedergreen, Rod Quantock, Carl Pannuzzo, Penny Larkins, Brendan Gray, Julia Sutherland, Cameron Semmens, Lia Avene, Boori Monty Pryor and more. Beyond Zero Emissions are leaders in the national conversation around climate change solutions and will also be presenting on the night.