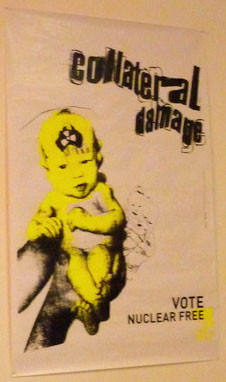 The Art and Campaigning forum went off!

The forum was presented by the Melbourne Campaigners’ Network, in collaboration with Arena Project Space, on the evening of Thursday 15 March. The topic sparked interest near and far, so hopefully there will be similar forums popping up in other towns, as well as some interesting spin-offs here in Melbourne. There was a great crowd in attendance, with around fifty people braving a rainy night for a far-ranging discussion on the relationship between art, social change and campaigning.

It was excellent to see Arena Project Space filled with people engaged in discussion of the issues the space has been formed to support, and with examples of the artists’ work up on the wall. An audio recording of the forum will be available down the track. 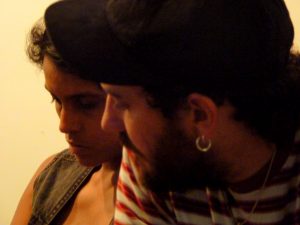 Each artist spoke for around ten minutes, sharing their perspectives on the topic and showing examples of their work. Here are some of the ‘take home messages’ I gleaned from their presentations, which are my interpretations rather than what they said verbatim:

Following the panel there was plenty of discussion, both during the forum, and afterwards with a number of people staying behind to talk amongst themselves. Some gems from the discussion: 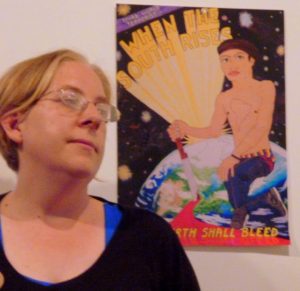 It felt like we only touched the tip of the iceberg of this topic – there is clearly much more to explore. One opportunity is the Art for Community Power workshop presented by myself (Holly Hammond) and Jessie Boylan on June 13. The workshop is part of the Centre for the Human Rights of Imprisoned People (CHRIP) Effective Advocacy Training Program 2012.

Big appreciation to Jessie Boylan of Arena Project Space for developing and organising the workshop with me, and to APS for hosting. Thanks to the fabulous panel and all the participants for making it a great night.

Thanks to Jessica Parra Nowajewski for taking photos on the night: 1) Anti-nuclear poster, Breakdown Press, 2007 election; 2) Arlene TextaQueen and Tom Civil; 3) Van Thanh Rudd and Jessie Boylan; 4) Facilitator Holly Hammond with poster by Arlene TextaQueen from the ‘We Don’t Need Another Hero’ series.

What did you take away from the forum? What questions remain? If you couldn’t make it, what would you have liked to have discussed? What role do you think art can play in campaigns?