The media game has changed

In the lead up to our next Melbourne Campaigners’ Network event on the Future of Media, guest blogger Adrian Dodd outlines what campaigners need to know about the changing media cycle.

The media is changing. It’s not new. It’s been happening for about a decade or more, but the changes are at a state where they’re significantly effecting the way people campaign.

I work on campaigns. And to do that, I use the media. But where it was once the dominant form of communications, it is now becoming more efficient and effective to use other methods of communications in conjunction.

I work for Essential Media Communications, a leading research based public affairs agency for unions, environment groups, sporting organisations, and governments. Some of the campaigns EMC has recently worked on include the NDIS, the campaign against Victorian TAFE cuts and the Marine Sanctuaries Campaign. All of these campaigns have used a mix of media and digital campaigning to achieve their successes.

Of course, media relations, or using the media to get stories up about issues, continues to be one of the core components of strategic communications campaigns. However, this role is shifting and the game is changing. The traditional media – newspapers, TV nightly news and the radios – are under a range of pressures from the altered online-driven media landscape.

Before working for EMC, I used to edit a magazine in Newcastle. At the magazine, we had total costs of $21K per month to run the entire thing. Of these costs, and printing and distribution costs were over $18K. If we had to compete with the exact same business doing the exact same thing only online we would have been at an $18K disadvantage per month. It is simply not viable to do something that would cost you this much more.

The competitive advantages of online operations given the high costs of printing and distribution, combined with the impact on revenue from classifieds moving online and the inefficiency of print advertising compared with online (where click through rates, unique views and other demographics are available) is changing the media landscape.

Of course, the traditional media still matters. However the rise of the 24-hour media cycle fuelled by online media means that for tactical, day-to-day communications campaigns, an understanding of the changing media cycle is critical.

The traditional media cycle begins with newspapers. Generally, newspapers get the story first. There are a few reasons for this, but generally, news breaks in the paper.

So when you want to influence the 24-hour news cycle, you want to pitch the story to the print journalist the day before, the radios early in the morning and the TVs at around 8.30AM in order to have your story in all mediums.

From this cycle, newspapers are generally more proactive. By that, I mean they’re more likely to find new news, break stories and have a wider variety of sources. They’re more rigorous in their fact checking and have an influential role on what’s reported elsewhere.

However, newspapers are one of the hardest hit by the changes to the media cycle. Recent reports of both papers cutting staff, reducing circulation and revenue ensure that there are less people to be proactive with news reporting.

Secondly, the newspapers are now also competing with online – given stories will not hold till the next days newscycle if they break late in the day. Now, it will generally be reported first on twitter, followed up by newspaper websites, and by radio and TV shortly after.

Add to that, news on TV runs 24 hours. Radio shows can be listened to whenever people like on podcast with a variety never before seen, with the user given access to media from around the globe in relatively real time.

The media world is converging.

How the media cycle is changing

One of the ways in which the media is changing is that it is becoming more reactive. That is, fewer resources means less ability to put the time in to develop the more comprehensive stories.

These changes have happened more recently. Cuts at the Age mean that there’s now a greater emphasis on being first online rather than breaking big stories in the Age. The Australian has been split from the rest of the News Limited and has a national coverage but limited and specific audience.

Newspapers do not have the luxury of stories holding overnight to the next day. Radio has changed with hosts such as Neil Mitchell tweeting and blogging throughout the day on live issues. Podcasts mean you don’t have to have an appointment to hear a program, TV is now 24 hours a day. Press conferences all go live.

The traditional news times have gone. If a story breaks at 3PM, newspapers will put it online, radio journos will tweet it, and the tellies will rush to get it on their 7PM news, using more live crosses.

Basically, the whole media operation is now more reactive. Because it is more reactive, campaigners have to change to. Now you need to think about how you can break and manage your own news. You also need to think more about how you can do more of the work usually done by journalists – finding sources, writing quotes, getting case studies and sourcing reports etc to fill in the gaps that are being left behind.

It is important to say that this is not universal but rather the trend. There remain good journalists, people who do put the work in to break stories properly.

What are the impacts?

Not if you’re a journalist, but there are if you’re a campaigner. So, while the media models are taking these changes hard, it’s not all bad.

What are the lessons?

Where it was once a matter of serving a simple news cycle it’s now more complicated and demanding, but on the flip side you get more control. Journalists are frenetically filing a lot of content, but campaigners can compete on more equal terms with the resources of the crowd and by becoming publishers and distributors of content.

Campaigners should recognise the benefits provided by the online environment. It provides the capacity to go past the traditional gatekeepers, and to more easily gain attention for your story, and less critical engagement with it by over-worked journalists. While the crowd is ironically enough comprised of, and indeed led by, many journos at least it makes this an interesting time and space to be thinking about these issues.

The media still matter. They still command eyeballs, set agendas and dictate terms of debates. But they’re not as important as they think they are, and this influence is decreasing as the monopoly on content is diluted.

You can mix it with them by producing content that is only limited by its application to its audience. Media are now more reliant on the provision of good stories, given their energy is being devoted to attempting to cover the stories on multiple devices with less time and people.

Now you just have to worry about the public.

Join the conversation – come along to Melbourne Campaigners’ Network on the Future of Media, 6pm-8pm Thursday 9 August at the Wheeler Centre. Have your say on Twitter – what do you think the changing media cycle and landscape means for campaigners? #MCNFutureMedia 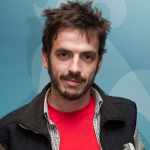 Adrian Dodd is a communication consultant with Essential Media Communications. He works with unions, environment groups and the odd government and sporting organisation. Before that Adrian edited a publication in Newcastle. He’s a bit lazy, plays football and enjoys thinking and talking about the internet’s affects on power relations.