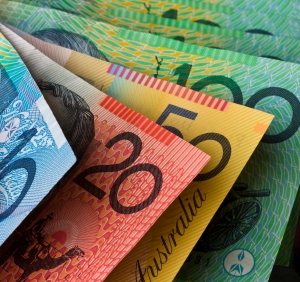 In the lead up to the Melbourne Campaigners’ Network session on Campaign Fundraising (Thursday 27 September) Plan to Win is gathering useful resources on the topic. Anne O’Brien has kindly shared the interview she did a few years ago with John Croft, developer of the Dragon Dreaming project model.

John’s ‘Empowered Fundraising’ approach challenges groups to take their projects seriously and invite others to contribute funds, as a way to further their own social change values and make a difference in the world.

Anne: Why is fundraising important?

John: For me, fundraising is highly important for community projects. In the modern world in which we live, and in which money is the measure of all value, many, many projects fail to achieve their potential due to lack of funds. With the proper fundraising approach, there need be no project ever that gets not done because of lack of money.

Raising funds can be fun and empowering for everyone who is involved in the project – and it can make the project much more effective as well, just being out there and talking to people about it.

How does your approach differ from conventional fundraising?

Conventional fundraising is like the cake stall or the raffle approach to fundraising. If you’re going to try to fundraise for an important project using the conventional approach the message you are actually giving to your community is “look, this project is not really important, and for that reason, we have to give you something in order for you to give us some money”. If it were a really important project you would just give us the money anyway, and we wouldn’t need to go to all the effort of trying to run a cake stall. If you’re passionate about cake stalls, and your project is all about cake stalls, then fine, run a cake stall. But a much more empowering approach is to communicate your enthusiasm for the project, your commitment to the project, and the best way to do that is YOU need to put money in. In conventional fundraising efforts, what happens is that you’re out there collecting money for a cause that you’re not prepared to give money to yourself.

In fundraising in a group, there are two opposites. One is that you reach into your pocket and you donate your loose change. That’s tokenism. If your project only needs a few cents, that’s fine. But most projects take a bit more. The second pole is that you give so much to the project that you sacrifice yourself and go without food for two weeks, and that’s just as silly as the first. Between tokenism and the sacrifice – somewhere in the middle between the two is the balance point. The balance point differs from one person to another and the only person who can know where the balance point lies is the person who’s giving the money.

The first step in the alternative approach that I teach is getting the people who are involved in the project together as a group. Step two is each person in the group then makes an assessment to identify where their balance point lies. Then you make a small stretch out of the balance point towards the sacrifice end. The reason for that is, that the balance point lies somewhere within your comfort zone. If you want your project to be transforming it should not just transform the world, but also transform you in some way, and so you write an IOU to the project, stating how much money you are going to give the project and by when. If you get a group of 10-15 people together, each of whom identifies where their balance point lies and where their step out of their comfort zone lies, and then donate that money by a certain date, you’ll be surprised at how much money the project will have raised straight away – it can be up in the tens of thousands of dollars.

The next thing you do is you identify people who you are going to ask, personally, who have a similar commitment to the project that you have. They may be friends, acquaintances, work colleagues, family – you identify anyone that you’d like to speak to about the project. Now there may be people who you would NOT like to speak to about the project. Ask them too. So make a list, and start with a group of ten people or so, and these are people you are going to ask for money in the next week or so. Don’t let it drag on for longer than two weeks – go ahead and ask ten people within two weeks to make the same kind of commitment to your project that you have yourself.

I once did a fundraising workshop where the trainer encouraged everyone in the group to write letters to their relatives asking for money. Do you think that’s important, to draw upon your immediate networks for monetary support?

Remember, everyone’s balance point is in a different place. Someone who’s on a pension and gives $10 is in fact contributing more to the project than a multi-millionaire who gives you $10 000. We think it’s the big donors who are the really important people and we should therefore only target them. No, not at all. What is really happening here is that you are relationship-building with the person you are asking for money. It’s the relationship that’s important, not getting the money.

The secret is to treat a ‘no’ answer the same way you’d treat a ‘yes’ answer – it’s much more empowering. If instead you feel that the ‘no’ is a rejection of you or has some other meaning than just “no I can’t afford it”, if you start thinking they don’t believe the cause… then that’s using the fundraising to disempower yourself and make judgements about other people and that should be avoided at all costs. The secret is to treat people equally and to communicate authentically.

Once people have given, or even if they haven’t given, ask them “Do you know of anyone else who might be interested in this cause?” And then say “if I was to approach that person, could I use your name?” Or, “Could you introduce me to Joe Bloggs or Mary Smith so that I could ask them, or would you like to ask them yourself?” You can explain how you went about asking so they can ask their friends in the same way. The WA town of Katanning, using this method, raised a million and a half dollars in ten weeks, which was a third of the cost of their project to build a recreation centre in the community.

With all fundraising, it’s a question of the context. What are you raising the money for? How much money do you need? How much communication are you going to have with the people you are raising the money from? Follow up is important, even with people who say no. You say “are you interested in this campaign, and can I keep you informed? Would you like to know how the project is going from time to time?” And if the person says “yes”, phone them up or get in touch with them, and let them know. You’ll very often find that people who initially are not interested, or “no I can’t give money”, they’ll say a few months down the track “you know the project you were working on? How is that going? Are you still asking for money? My circumstances have now changed, and I can now afford to give the money, how about $200 or $300?”.

I also suggest that when you ask someone for money, let them sit with it in silence for a little while, don’t try to fill the silence with words. Most people are so embarrassed about fundraising that they talk too much. When you ask a person for money, don’t keep talking about it. Otherwise what you’re communicating is “Hey look, um ah, I don’t really think that I’m offering you something that’s important…” and again you are communicating your own insecurity about the project. Role-playing asking someone for money can make a big difference to your confidence.

What are the main principles that your approach to fundraising is based on?

The single most important principle is respect for people. That includes respecting yourself as well as respecting the other person.

The second thing is that you are not begging as you are asking people for money. You’re not asking people from a relationship of lack, from a relationship of insufficiency. What you’re doing is coming to them out of a relationship of offering them something. What you’re offering them is the possibility of making a difference in the world, of making a difference in their lives. That’s a HUGE thing. Everyone wants to know that the life they’re living is worthwhile, and so if you give a person a chance to make a difference in life, as a result of their living, then that’s a huge gift. If you ask a person not out of a sense of offering a gift, but out of a sense of asking them for something you are not prepared to give yourself, then what you communicate is dishonesty and inauthenticity.

So the next principle is to be honest and authentic.

The main thing is that you are clear about your project and your relationships. Where are you coming from in this project? Are you coming from a position of desperation; a situation of lack; of not enough; of insufficiency? Or are you involved in this project because it is important, it is exciting, it needs to be done and everyone needs to be involved in it because it will transform everyone’s life and ensure that the world is a better place for us all. If that’s the place you’re communicating from, then that’s the way to do it.

For more information see ‘Empowered Fundraising: Radical Generosity – the Power of Philanthropy to Change the World’ by John Croft and Dot Green.

Please get in touch if you have other suggestions for creative ideas and resources about fundraising… and join the discussion on Campaign Fundraising at Melbourne Campaigners’ Network, 6-8pm Thursday 27 September at Ross House. 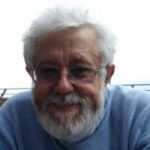 John Croft is the founder of Dragon Dreaming, a holistic method for the implementation of creative, collaborative, sustainable projects. John Croft worked in the field of community development in Indonesia, Papua New Guinea, Australia, Africa, USA and Europe. He has taught in schools and universities, and has presented lectures and seminars on organisational development, deep ecology, climate change and peak oil, and many other topics. He is co-founder of the Gaia Foundation Australia. Since 2008 he has lived in Southern Germany, imparting his knowledge worldwide through workshops and lectures on Dragon Dreaming. He is in the process of moving home to Australia and is writing a Dragon Dreaming book.

Anne O’Brien is currently completing a PhD in Political and Social Thought at the University of Western Sydney. She is interested in organising and activism that values the diversity participants bring to groups, and has been involved in campaigning on trade justice, climate change and public transport. See Anne’s earlier article on this blog, a review of Ideas for Action.