Insights from the Sydney Alliance

What does it take to build a civil society coalition with the power to shift a city?

I recently spoke with Amanda Tattersall, Founder and Coalition Director of the Sydney Alliance. Amanda shared the story of the Alliance’s evolution and the inspiring work of building community organising in an Australian context.

Firstly Amanda, how would you describe the Sydney Alliance?

I’m conscious that the Sydney Alliance is a long-term project – can you give us a sense of how it came about?

It’s six years since the commencement of the Sydney Alliance but I had the idea of building a broad-based coalition for around 15 years, ever since I was in the student movement. This idea developed further while I was working in the union movement and saw how unions struggled at building long term reciprocal relationships with people who were radically different from them. 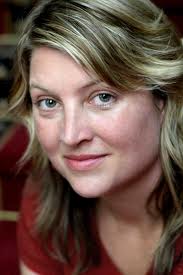 Amanda Tattersall, Founder and Coalition Director of the Sydney Alliance.

I worked as the community outreach worker at Unions NSW and I realised that no one really knew what they were doing, including me. I decided someone needed to write a book about it so I did my PhD and wrote that book, Power in Coalition.

I went to America, Canada and the UK to research coalitions. I did the Industrial Areas Foundation ten-day training and it was like finding the missing pieces of the puzzle for how organising and coalition building could be successful.

I met Joe Chrastil, one of Paul Wellstone’s early mentorees, and worked with him at the Sound Alliance. Joe was working with unions, which was important to me as I thought we couldn’t set something up in Australia without working with unions.

I was also inspired by London Citizens, who had taken the IAF model and made it work there. Neil Jameson from London Citizens had spent time in the US looking at community organising and translating it to his context – so I thought if they could do it we could too.

When I came back to Australia in April 2007 I approached Unions NSW for support. They were in the heat of the Your Rights at Work campaign, doing community outreach in a way they hadn’t been doing before. I asked them to resource the Sydney Alliance for the first six months, which they did. By November of that year we had 13 organisations pledge $130,000 to fund it and the year after 22 organisations pledged a million dollars. Unions NSW provided the seed funding but it got a life of its own relatively quickly.

Why did you think unions were so important to involve in the Sydney Alliance?

Unions were obvious partners given the size and track record of unions working on community issues. Unions have played a critical role in many social issues like healthcare, superanuation – both workplace and social issues. The union movement when it works well it campaigns for thousands of people, when it stands for the whole. I was very committed to bringing out that side of unionism and the Sydney Alliance became an opportunity to make that happen.

Is the Sydney Alliance where you anticipated it would be at this point in time?

It’s been a work in progress. There are elements we wanted to build that were very conscious, such as making it a multi-scaled coalition. You cannot stand for Sydney let alone the country from Canberra, you need to do it in the suburbs, in the regions. Every place is different.

We did the research about where the districts should be and then experimented and learnt as we started setting up districts. Initially we set them up too big and they were too vague. Then we made them too localised then we learnt about how many people were really needed to make them work or they fell over. So by trial and error we became expert in how these structures work.

You need to find the balance between coordination and autonomy. If people at the centre are just telling local people what to campaign on next those structures are pretty transitory. You need a mechanism for the local structure to pick what it wants to campaign on so community organising and its emphasis on listening and listening campaigns really means that a multi-structure organisation can work. (Read more about the balance between coordination and autonomy in Amanda Tattersall’s book Power in Coalition).

Can you talk about the role of training and leadership development in the Sydney Alliance? 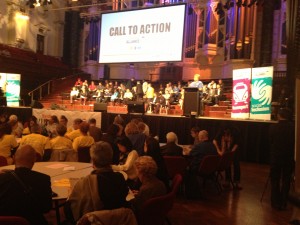 Certainly. Our organising cycle has four steps: listening and relating; research and planning; action; and evaluation. A core component of all of it is training and leadership development.

Listening and relating involves building a network of relationships using the tool of individual meetings where you explore why people do what they do, not just what they do and the opinions they have. People share their hearts and this allows you to build foundational relationships. We’ve trained over 2000 people in two-day training and 450 people in six day training on this core skill.

We also teach people how to build and adapt existing leadership structures in their own organisations. We’ve got lots of different structures in the Alliance whether our board, our action council or districts which all run to a greater or lesser extent by leaders from our partner organisations who are mentored by our organisers. We have three paid organising staff yet we had over 150 people playing a role in our Assembly, 70 people at the debrief, and 30 people at the evaluation of the Assembly a week later. It’s a huge network and the reason it works is because we have multiple levels of leadership. We cultivate people to take on different levels of leadership.

In the districts we have a lot of rank and file leadership which almost all meet in the evening and run trainings on the weekend. We run some retreats during the week but we give people six months notice so they can take leave if they need to.

It’s the longer workshops where some of the interesting stuff happen – you see people explode in confidence because they’ve learnt how to be in relationship with other people and be in a space where they can imagine themselves having power and accessing power.

We find amazing rank and file leaders all the time. We get into an individual relationship with them – every single individual in our really big network matters a huge amount and we want to get to know them and their interests and we want to nurture their skills and draw out their leadership capacity.

Hugely, initially – but it pays off! You get what you give with these things. I think too many issue-based campaigning organisations don’t give enough to their emerging leaders to really get out of them what they can give.

Can you talk us through your organising cycle?

Listening and relating involves running a listening campaign, getting into an organisation and talking to them either individually or in groups about what’s going on for them in their family, what are the challenges they’re facing, and if there is one thing they could change that would take pressure away what would it be? Simple. Instead of assuming what the issues are we go out and source them. The process of sourcing the issues also sources the leadership.

We then do a discernment process, discernment meaning to make judgement. We gather lots of stories then we bring people together in big assemblies. We ask people to nominate what they’re prepared to work on.

Research and planning starts with discernment. Then that network of people who’ve said they’re interested in working on an issue get together and work with experts. They work on that until they’ve got a solution we can advocate. We don’t just go out there and say ‘No!’ we say ‘This is what’s needed’ and that takes work. This stage includes power analysis, working out who decides on that issue and who influences the people on that decision.

Then comes action. We teach that every action has a reaction, so you need to plan what reaction you want, don’t just hope. That’s the problem with rallies and demonstrations – usually the only reaction people plan for is media coverage, which they’re not in control of, so rallies tend to be disappointing.

We plan for reaction. That’s why we invite decision makers to our Assemblies so they’re sitting there listening to testimonies about how serious this issue is, how emotional this issue is, and we show them how powerful we are. We get all our organisations to get up on stage so they know we’re not just 190 people we’re 190 people who are in relationship with thousands of others.

What advice would you give to others intending to embark on building coalitions?

You’ve got to understand power when you want to work in coalition. If you’re working on a specific issue the lesson from my book and the Sydney Alliance is less is more. The instinct is that bigger is better but it’s wrong, it’s wrong every single time.

You need to do a strategic analysis of how much power you need but you don’t need a letterhead coalition of 100 organisations, and even if you get that don’t think it’s power and those organisations will stick with you through thick and thin. If you want an organisation like the Sydney Alliance then spend five years building it. You can do it but there’s a trade off between time and the number of organisations, you can’t have both and think it’s going to be any good.

Thanks to Amanda Tattersall for taking the time for this interview, and for her leadership, clarity and generosity in building community organising in Australia. See the Sydney Alliance website and her excellent book Power in Coalition for more information.

Would you like a taste of the Sydney Alliance? Interested in the prospect of a Melbourne Alliance? Amanda has extended an invitation to Victorians to participate in Alliance trainings in 2013. Get in touch with Holly to explore options for a Victorian delegation.