Melbourne Campaigners’ Network held a ‘Campaign QandA’ last week with a panel of folks from different movements. We heard from: 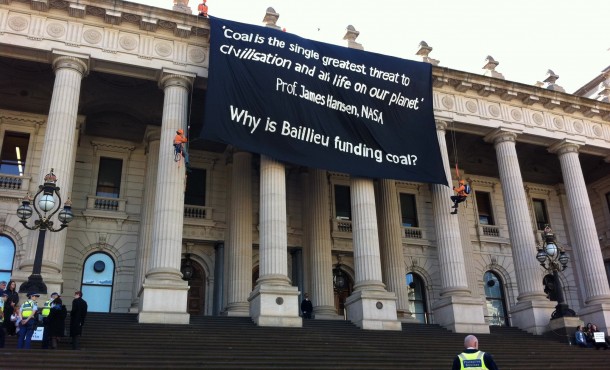 Quit Coal drop in on Parliament.

Here are some of my highlights from our last Melbourne Campaigners’ Network event for the year:

Thanks to our fabulous presenters and participants who contributed to a great discussion. Love your work!

MCN is taking a break and will back in the new year – see you at the US Election Report-Back on Thursday 28 February at the Wheeler Centre.