Self Care for Political Warfare 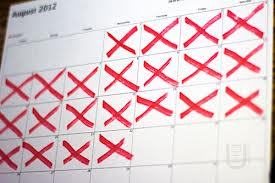 My January so far has been all about goals and new year’s resolutions. I’ve started my own new regime for getting healthy and building resilience for another big year. I’m also supporting a number of folks to get clearer about their goals and intentions for 2013 through mentoring sessions.

I’ve been thinking a lot about how to make new habits ‘stick’ and result in successfully meeting goals. If you’re turning over a new leaf yourself I hope you find these thoughts helpful. Please share in the comments below what you’ve figured out along the way.

Setting a personal goal is about prioritising yourself. That might feel self-indulgent or individualistic, which can be anathema to many activists. Audre Lorde had some things to say about that: 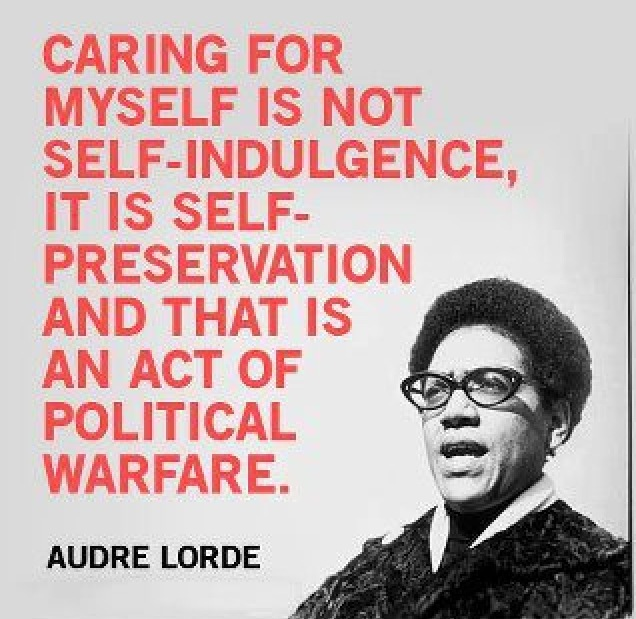 I’ve also had some things to say on this topic – see my last post on Healthy Activism.

Setting a life up to sustain activism doesn’t always come easy. If you’re ready to make some changes, that’s where goal-setting comes in.

I think goals have more chance of success if they:

I also think it’s important to make a real decision. A resolution is not ‘I’ll try to eat healthier in 2013’ it’s ‘I will eat healthy food in 2013’ and even better something like ‘In 2013 I will eat healthy home-cooked meals at least four nights a week’. The more specific the decision the stronger it is. 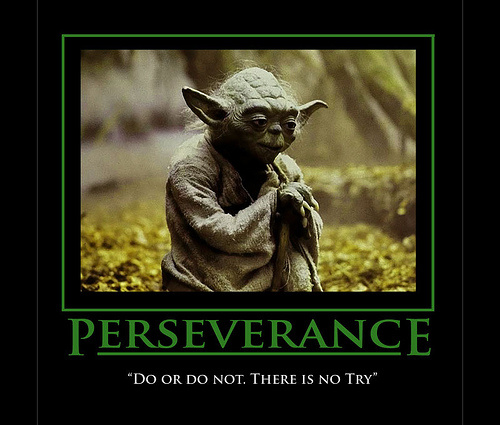 Remember Yoda: ‘Do or do not. There is no try’. ‘Try’ leaves it down to your will-power in the moment, leaves you open to the pressures in your external environment, and sets you up for failure. A decision is something you can use to prop you up, that you can announce to others, and repeat making as many times as you need to until you succeed. Over time that decision may manifest as a new habit, a new ‘default position’ so it’s not such a struggle.

Our old habits, the status quo, can be like an elastic band. We try to pull in another direction but the band snaps back to the old way. To stop the ‘snap-back’ it helps to have things to fix the goal to like:

Intending to do something while taking no steps to make it happen is doomed to failure. A new habit needs space made for it. For example, to make room for my new exercise regime I have:

The things that could trip you up might be different from mine, so you’ll need a different kind of plan.

Chris Rose posits a great question to use when developing a campaign strategy: ‘why hasn’t it already happened?’ Same goes for personal goal-setting. What has gotten in the way of you living the way you want to? What barriers are there to success? What interests and pressures have led to the status quo? For example, if your goal is to be healthy and you’re not currently, you could explore what contributed to that and which factors you actually have control over. Anticipating the barriers allows you to strategise about overcoming them.

I’m finding it really helpful to track progress. Some of the beneficial outcomes of my goal won’t be felt for some time so it helps to notice that I’m on track. There’s a nice positive hit from ticking something off a list. Jerry Seinfeld used a calendar system to motivate him to write, creating a chain of red crosses – his system is ‘Don’t break the chain’.  I use an app called Daily Tracker to record my bike rides, dog walks, swims, tai chi, work-outs, meals, mood, pain levels… I may be taking it a little far but it seems to be working for me.

There’s a lot of discouragement out there about goals and new year’s resolutions. Past failure is no predictor of the future. Don’t get discouraged if you’ve fallen off the wagon. You can re-decide as many times as necessary to get there. Don’t let your goals just fade away either – that’s giving up on being intentional about living your life and getting what you want. My plan is to take some time at the end of January to review progress and to decide what comes next – and every month after that.

All the best with reaching your goals in 2013! What have you figured out about setting goals and developing healthy habits?

Looking for support in this area? I’m offering special mentoring sessions to help activists plan for the year ahead. You may also like to read past articles on Sustaining Activism.

For a great critical discussion of the Audre Lorde quote used in this article see On Audre Lorde’s Legacy and the “Self” of Self-Care.