Learning from US election campaigning is like eating a meal in a US diner – you have to pick out the good bits from the parts you just can’t stomach.

So, yes to effective field organising and no to a political system corrupted by colossal amounts of money. Yes to message discipline but a maybe to ethically blurry data collection.

Some of us opt for the super-sized meal while others settle for the chopped salad… so to speak.

This is part of what made our latest Melbourne Campaigners’ Network event so interesting. The US Election Report-back on Thursday 28 February attracted around 30 folks from a range of social movements to hear stories from three Melbourne campaigners who worked in the US during the election. 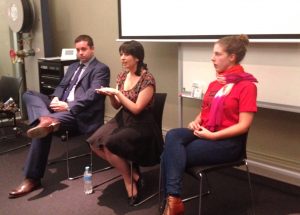 In our discussion we grappled with the different approaches to politics and campaigning in the US and Australia, and how we can translate US innovations to our own context. We also had a valuable view from the other side, with a community organiser from New York in attendance.

Here’s some ‘take home messages’ from each of our presenters.

Lucy Manne is Co-director of the Australian Youth Climate Coalition (AYCC). She worked as the New Media Director for the New Hampshire Democratic Congressional candidate, Annie Kuster, in a highly competitive race. Lucy was responsible for list growth, grassroots fundraising, social media, online volunteer recruitment and more on the campaign – which won! 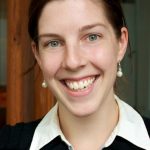 Victoria McKenzie-McHarg is the Safe Climate Campaign Manager at Environment Victoria. Victoria spent three months working with the Sierra Club’s Beyond Coal campaign, focused on grassroots organising structures, movement cohesion and the role of health based communication in coal campaigns. Victoria gained an insider’s view into the relationship between political and NGO organising throughout the US election period.

Environment Victoria will be hosting another report-back from Victoria in March – details soon. 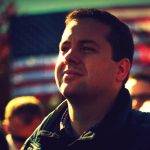 Alex White is an advisor working in the labour movement who also blogs on communications, politics and campaigning. He spent 3 months working as an Organizing Fellow for Obama for America Massachusetts. Alex coordinated a team of volunteers, organised neighbourhood team training and managed a get-out-the-vote call-centre in the final week of the election.

Download Alex White’s slides from the night and see the Obama 2012 posts on his blog.

Many thanks to our clever and generous presenters, everyone who participated in the discussion, all the helpers, and Gareth Beyers for excellent live-tweeting.

For more on this topic see also Lessons from the US Election.

Our next Melbourne Campaigners’ Network event is on Nonviolent Direct Action, 6pm-8pm, Thursday 11 April at the Wheeler Centre.

What were your ‘take-aways’ from the night? What questions remain? What about suggestions for future sessions? Chime in below.