The Heart of the Kimberley 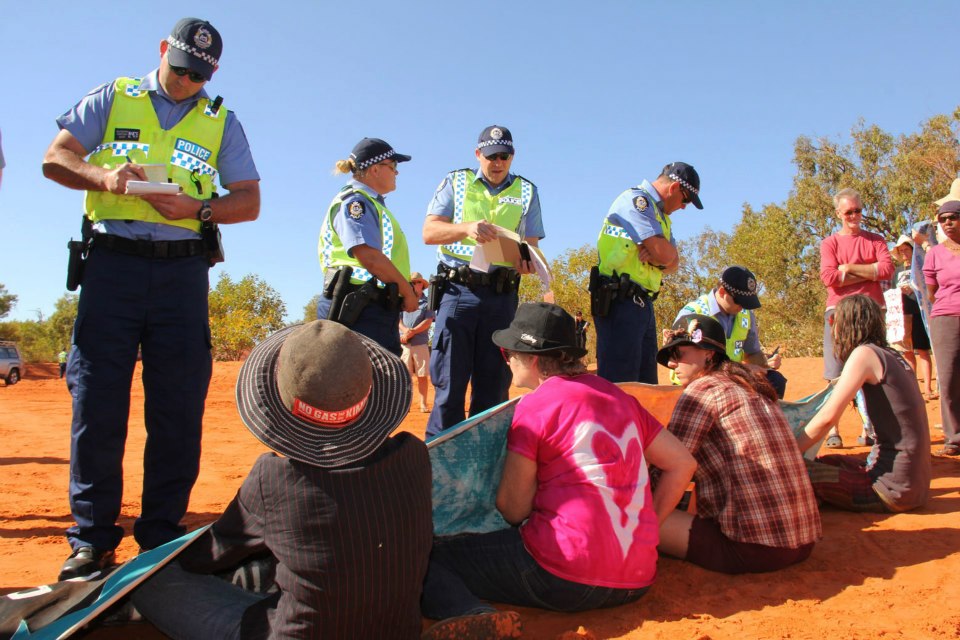 She’ll be sharing her observations and insights at our next Melbourne Campaigners’ Network event: ‘Lessons from the frontline’, this Thursday 12 April at the Wheeler Centre.

Nicola introduces the campaign in this article – come along to MCN to hear more.

It is hard to describe the campaign and the people that make up this strange and diverse group who coalesce to defend the red dirt heartland of the Kimberley. They are larger than life, and wild… like the country itself… the campaign is a glorious jumble of occasional discipline, absolute dedication, with a black humour and stubborn grit that runs underneath it all.

The short story: Woodside, their joint venture partners and the State government are continuing to move ahead with their proposed gas hub, set to destroy ancient Aboriginal culture and burial grounds, the world’s largest humpback whale nursery, rare and endangered species, dinosaur trackways… the list goes on… It is a corrupt and heart wrenching process – being pushed by Colin Barnett with his dream of opening up the Kimberley for resource exploitation, no matter the cost.

But the real story is the people. From small business owners, to construction workers, to traditional custodians, to teachers, to retirees. We have seen the most inspiring civil disobedience and resistance – in a campaign that is set to become the next chapter in a proud history of nonviolent direct action from The Franklin dam, to Jabiluka and everything in between and since.

“Before my arrest, I had never even had so much as a parking fine, yet I would certainly do this again for the Kimberley, she is worth the fight and deserves the attention.”

Some of the diverse actions of the campaign have included:

… the resistance is creative, and fun, and determined. 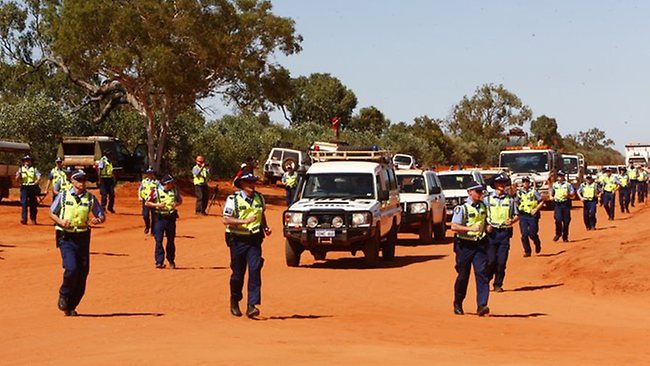 Despite the trauma the community went through on ‘Black Tuesday’ in July 2011 when 150 riot police were flown into Broome to break the blockade, people have continued to resist – with locals and supporters from all over Australia, and the world, being arrested in defence of country and culture.

“The way the government and corporation worked to smash the community is something I will never forget and never forgive. They both certainly have a great deal to answer for on that day and the days that followed. Unbelievable that events like this can take place, at this time, in this country.”

“I found it shocking. I was bruised. I learned a lot about police tactics and our democracy. It made me more determined.”

Their strength and commitment has highlighted the issue in national and international media, has delayed work substantially, scared investors away and brought people and organisations to their cause.

And their resistance will continue to be tested – Woodside is preparing an incursion within weeks onto the sand dunes – sacred sites and burial grounds the Traditional Owners have a responsibility to protect. People from all over the country are preparing to join them. The next part of the story will soon be told.

For information and updates on the campaign check here, and read the camp booklet here for a great overview.

The quotes are from interviews Nicola Paris conducted with community members regarding their experiences of participation in Nonviolent Direct Action as part of this campaign. The report will be released soon on the CounterAct site. 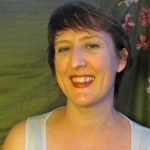 Nicola Paris has over a decade of activist experience with a range of organisations and grassroots groups across Australia. Nicola has supported, organised or facilitated workshops, nonviolent direct action training and capacity building for a diverse range of community campaigns around Australia.

In 2012 Nicola founded CounterAct which seeks to support communities working for environmental and social justice with training. She is a co-convenor of the Melbourne Campaigners’ Network.