Learning From a Tibet Campaign Win 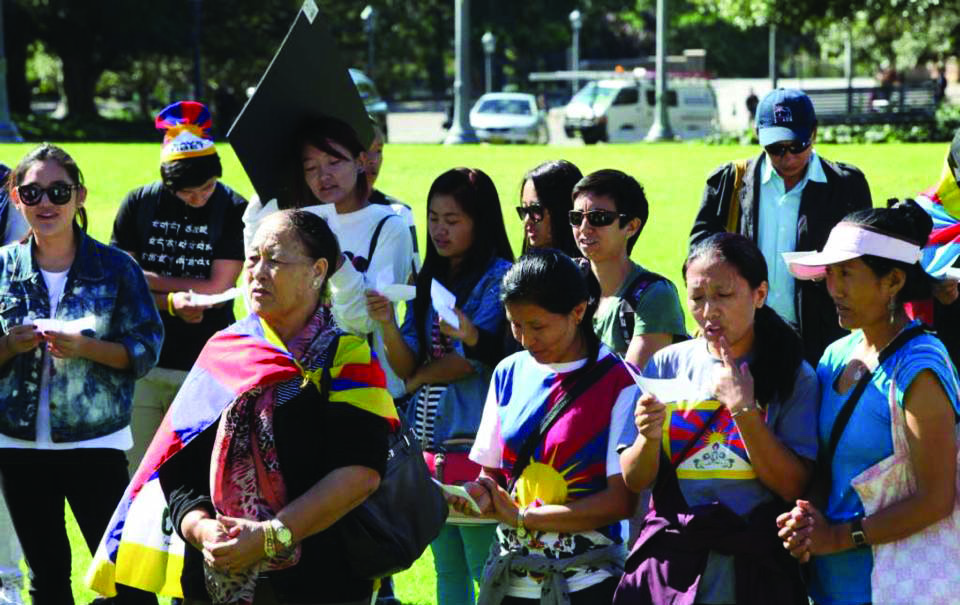 Kyinzom Dhongdue from Australian Tibet Council shares the story of a recent campaign win and the lessons that can be taken from it.

On 16 April, a prime time news program on Australian TV broke the story on the country’s oldest university cancelling a talk by the Dalai Lama. Within a week, the University of Sydney backtracked and released a hasty statement welcoming His Holiness on campus in June.

It was the first time in over two years of working in the Tibet movement that I have been part of such a tangible campaign win. The swiftness and the significance of this victory have prompted me to share the lessons learned from the frontline of this campaign.

1. Be fast and nimble

In the world of campaigning, we have to be always prepared to take action. When a crisis erupts, we have to seize the moment and turn that crisis into an opportunity. At a talk in Sydney by a visiting campaign strategist with Team Obama, I was introduced to the concept of crisi-tunity. Fans of Homer Simpson would be familiar with this word, interestingly with its origin in the Chinese language.

The faster we are at it, the more leverage we have in taking ownership of the issue.

On the evening of the breaking story, the small ATC team huddled together. The next morning, we had an online petition up and running. Within a couple of hours, hundreds and hundreds of people were signing and sharing the petition.

I am always amazed by the cumulative effect of skills that each one of us can bring to the table.

Soon after making a head start, we were in contact with the various actors with the power to bring a positive change in this issue. Building alliances early helps not only in drawing on each other’s strengths but also developing a shared ownership.

With the help of our friends in the global Tibet movement – Students for a Free Tibet, International Tibet Network and International Campaign for Tibet – and our allies at the university including both students and staff, within 36 hours, a well-coordinated international campaign to push the university to make the right choice was in full swing. 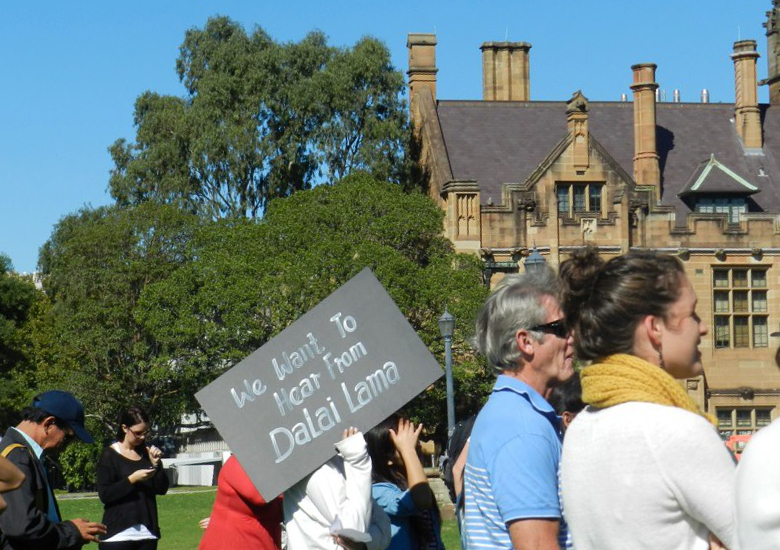 Do I need to say anything more on this?

When individuals pull together and take coordinated action, we become a significant force for change. We are all witnesses to this enduring reality of our society everywhere.

For instance, when the ATC team goes to lobby politicians in Canberra or initiates a petition to the Vice-Chancellor of University of Sydney, our real clout comes from the thousands of ATC members we speak for, Australian people who support Tibet.

We need to have faith in the power of the public and bring them along our journey to find the desired solution for Tibet. As one of the key figures at the University of Sydney confided to me on the day of our victory, it was “undoubtedly” the public outcry that brought the change.

There are a number of online platforms out there, all designed to help us create a momentum for the change we want to see. They are user-friendly, effective and free. Harness their full potential.

Launching our petition on Change.org enabled us to reach out to a much wider audience in Australia and around the world.

5. Be realistic, be bold

Striking a balance between the two is perhaps the key to success in campaigning. It’s easier said than done especially to those who’ve been working on the seemingly intractable Tibet issue for many years. Luckily with this campaign, we got it right.

We were determined to force the university to welcome the Dalai Lama on campus. But we were also aware of the challenge in forcing a retreat on a decision that was already made. So we identified a scenario in which we could have a few other positive outcomes from this saga.

Reading this, you might think it was a smooth path to the victory we achieved. I wouldn’t be doing justice to this campaign if I were to leave you with such a rosy picture.

When the university did announce that it is going to host the Dalai Lama’s talk, we should have been elated and patting each other on the back. Instead, there were a few anxious hours during which we feared being outmanoeuvred by the university and were frantically chasing further details. Their PR machinery had managed to control the media and run their side of the story for a good few days without facing any opposition. In the end, they made the announcement at a time that suited their version of events, making our protest the next day almost redundant. But we soon found out that there was genuine cause to celebrate and that the movement had pulled off a historic win.

With the dust now settling, the big question still remains. Was the Chinese government directly involved in blocking the Dalai Lama’s message to Australia’s bright and young minds? We have every reason to think so. However having been in the thick of this campaign, what was also revealing was the institutional fear of China. Academic institutions and governments in the free world often take a default position of avoiding offending China regardless of its direct or indirect interference. The Chinese government is adept at using fear to silence Tibetans and its own citizens. It is now increasingly exporting this fear of real or imagined consequences into free societies, thereby making institutions and governments distance themselves from the Dalai Lama. And this is what we in the Tibet movement need to challenge in the years ahead.

This month’s campaign win involving an Australian university reminds me of another sweet victory on an American campus in March when a Chinese propaganda exhibition was directly challenged by an alternate exhibition put up by the Tibetans.

These wins may seem small but are significant steps on the path to achieving our ultimate victory for truth and freedom over state censorship and oppression. 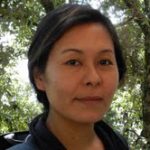 Kyinzom Dhongdue is the Communications & Government Relations Manager with Australia Tibet Council, an organisation that campaigns for Tibetan freedom and human rights. Kyinzom was born in Bylakuppe, the settlement for Tibetan refugees in south India, and was schooled at the Tibetan Children’s Village in Dharamsala. After studying English literature and journalism at University, Kyinzom worked as a journalist for the Times of India and The Asian Age for over 3 years in New Delhi. She has lived in Australia since 2006.

Want to hear about more campaign wins? Come along to Celebrating Success, the next Melbourne Campaigners’ Network event, Thursday 30 May at Ross House.