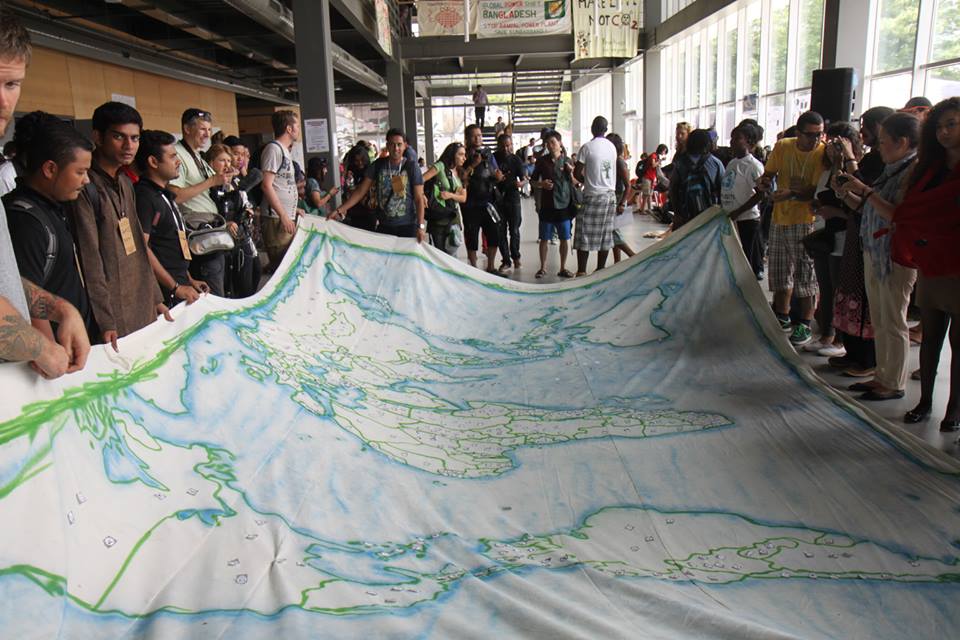 Global Power Shift has been a significant part of Plan to Win’s work this year. Stay tuned for an update from Holly Hammond about her involvement in training campaigners at GPS – and come along on 25 July for a report-back by Melbourne participants.

When thinking about climate change it can often be easy to get caught up in our own small world. What is our own country’s per capita emission? What can I do as an individual to solve the problem? What is my Government doing about it all?

Each country around the world is fighting its own battle against climate change.  As Bill McKibben highlighted in his tour of Australia last month, Australia plays a very important role in the maths of global warming.  As home to one of the great carbon stores in the world, the decision whether or not to continue the expansion of Australian coal mining and exports will affect the whole planet.   It is easy to get lost in our local agendas but we cannot forget how global this issue really is.  These local, national fights are all part of one huge global battle.
This hit home to me over the last week as I attended the 350 conference, Global Power Shift. The conference brought together 500 people from around the world.  With 132 countries represented, Global Power Shift facilitated a truly international discussion on how we can tackle climate change – as a global community.

It’s really difficult to summarise the events of the conference. In essence it was not really a discussion about specific climate policy or action, nor was it just about learning new things about climate change.  The focus was much more on strategy.  What are we all going to do about this problem?  How are we going to initiate the necessary change?

If there is anything I will take out of GPS it is a reaffirmation of the global importance of climate change. Not just global in the way that climate change will affect us all – but global because of the role we will all need to play to solve the crisis we are facing.   In each individual country we might be fighting a slightly different fight, in Australia to halt coal mining, in the Pacific to stop sea levels rising, in the US stop expansion of an oil pipeline, whilst in India and Turkey they are trying to defeat the coal power plants Australian coal could power.  As everywhere around the world is part of this problem, so too must we all be part of the solution.

After hearing all the delegates at the conference the main take home messages for me were as follows.

Firstly, whilst a significant chunk of the political debate about global warming has focused on which countries have played a larger role in greenhouse gas emissions compared to others, it has become clear that there is a common international enemy in this fight which knows no national boundaries.   This common enemy is the fossil fuel industry and the global structure that allows them to continue to operate in the way they do.

At GPS we heard stories from all around the world that paid testament to this. In Australia companies are digging up the land for coal, in Canada they are digging up the tar sands – and in places like India, China and Turkey – they are both digging coal up and relentlessly pushing to burn it as much as possible. The fossil fuel industry has become a rogue force – and through the massive power their hold, they have been literally given permission to become a threat to our society.

What GPS showed us is that now we have identified this common international enemy we have a real focus on which to target our energies and a renewed capacity to work together to solve the climate problem. As a global movement, with a global enemy, we now have the opportunity to make change happen where it counts. 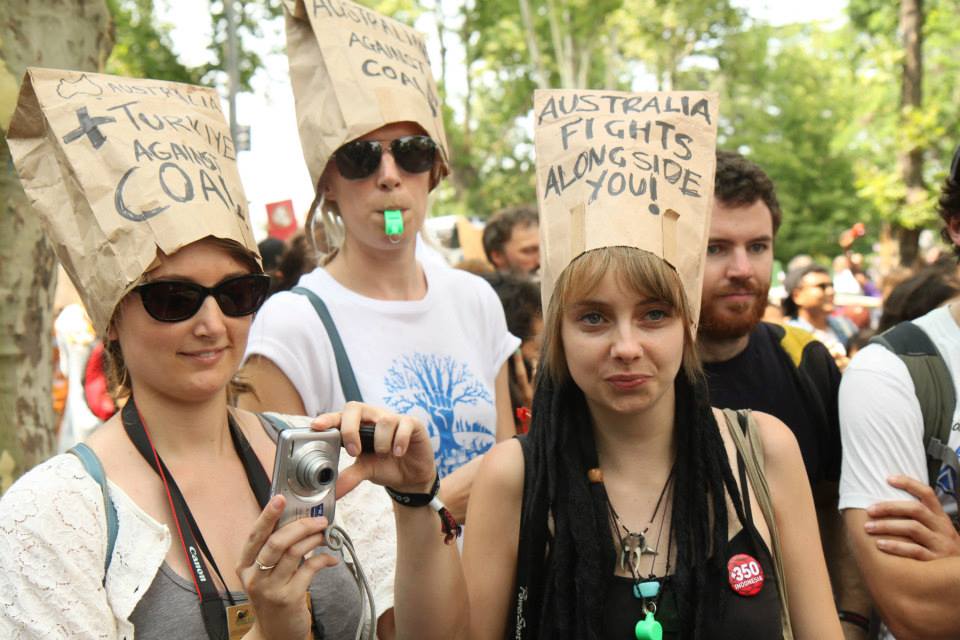 Going into GPS I wasn’t sure what I would learn from delegates traveling from far-flung places like Asia, Africa or the Middle East. I thought perhaps we wouldn’t have much in common, that our systems would be too different for us to find common ground. But I was wrong.
At the end of the week, participants from all the different countries developed posters so we could see the plans they were taking home to get active on global warming. The plans were nothing short of inspiring and some truly amazing coming from many countries where resources are so much more limited than here in Australia.

Despite the various cultural differences, what was amazing was how similar our campaigns can be. The issues – divestment, coal, oil and gas and Government legislation – are pretty much the same the world over and thus the tactics – media, non-violent direct action, volunteer mobilisation, creative activism – are similar too. In this way we have so much we can learn and share with each other, from anywhere in the world. GPS has given us the opportunity and the vision to move forward sharing and cooperating to find a global solution.
And this I guess builds into a final message I will take from GPS.

One of the catch crys of many in the fight against climate change is that “this is the most important battle of our generation,”and  the one on which our full attention needs to be focused.  While it is incredibly important, climate change is not the only problem that the world faces.  As this time of turbulance in Istanbul has shown me there are many crucial issues  and campaigns for justice, be it human or environmental, that are being waged all over the globe.  Climate change is just one, albeit large, piece in the puzzle of a system that upholds so many abhorrent practices.  Perhaps it is the system then that we should really be focusing on.

Global Power Shift was a big week – something I struggle to cram into 1,000 words.  I have shared here a few of the lessons I have learned but I hope that I will be able to impart even more in our campaigns in the future. 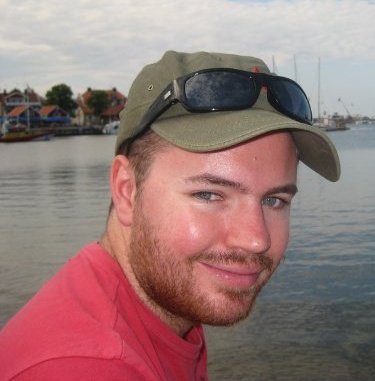 Simon Copland is a Canberra bred guy who now lives in Brisbane. His political interests include climate change, environmentalism, queer liberation, unionism and US politics. Simon has a degree in Arts/Science and is currently studying a Masters in Science Communication. He works as a freelance writer, is a columnist at Sydney Star Observer and Political Editor of FUSE Magazine. You can also read about how Simon uses competitive sport to manage the stress of activism on Plan to Thrive.

Thanks Simon! This post was originally published on The Moonbat.