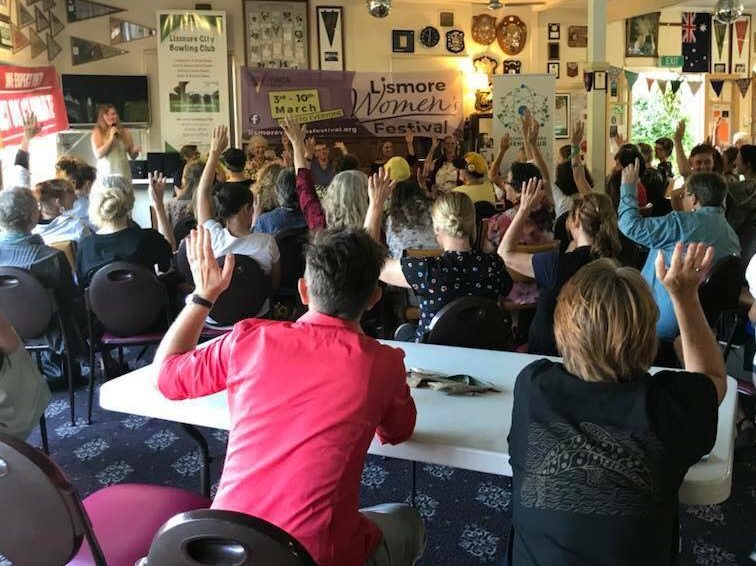 You’re at a forum, seminar or conference and the MC opens up for questions. Out of nowhere a man steps up, strongly opinionated, ready to pose a question – or perhaps offer their own perspective as a comment, prompting the MC to enquire ‘do you have a question?’

There follow more questions and you can’t help noticing more men get a say than women. At one forum I attended there were five questions in total, not one of them from a woman.

Why does this happen?

What is the consequence?

What can we do?

The emphasis on ‘men’ and ‘women’ in this article is not intended to imply there are only two genders – but it is intended to address the fact that there are established dynamics of oppression and privilege that operate along these lines, according to these identities and lived experiences.

We can’t always tell from looking at people if they are men, women, trans or gender non-conforming. Be aware of this when calling on people and use non-gendered language.

Many of these tips can also be applied to other areas of privilege and oppression such as race and age.

Holly Hammond is Plan to Win’s founder, director and principal facilitator and trainer. She is also the founder and co-convenor of the Melbourne Campaigners’ Network and Plan to Thrive and lead facilitator of the Women’s Environmental Leadership program. Holly has been facilitating groups since she first became politically active at high school in the early 1990s.

What have you figured out about facilitating for gender balance? Additional strategies are very welcome.