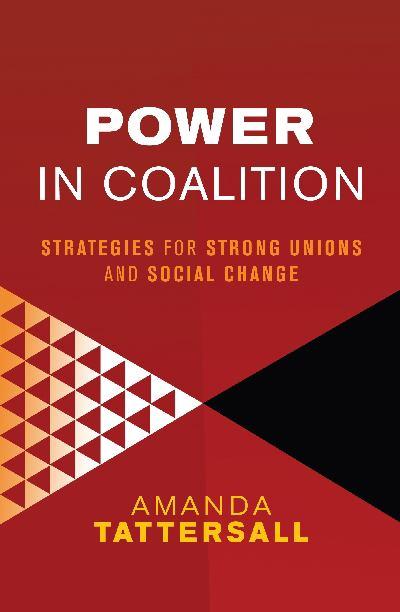 In the lead up to our Melbourne Campaigners’ Network session on Building Effective Alliances, Denisse Sandoval shares insights from Amanda Tattersall’s book Power in Coalition: Strategies for Strong Unions and Social Change. 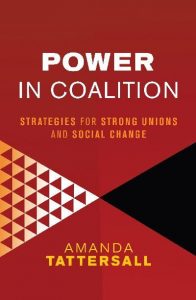 Published in 2010 but still pertinent today, Power In Coalition reads like a manual for effective alliance building.

We may have seen token coalitions with simple community support in the form of logos on letter heads, but how do we build real power to live out the values of the organisations involved in alliances? That is what this book is about. Organisers, campaigners, community development practitioners, organisational leaders, activists and anyone serious about achieving social change would find this book a useful tool.

Amanda Tattersall, founder of the Sydney Alliance, takes the reader through the process of setting up a strong and long-lasting alliance of organisations allied to win changes for the benefit of their communities. She compares case studies from Australia, Canada and the United States where labour unions, churches and community based organisations combine their resources and efforts. Questions such as ‘who should do what to make it happen’, ‘why should it be done’, and ‘what makes a good coalition’ are all explored.

Having worked with a coalition as a community organiser, my burning question in reading this was concerning organisational self interest, and how to work with dominant organisations. The book provoked even more questions for me, which I’ve included below.

Choice 1: Which organisations will sit at your alliance-table?

Tattersall writes that in most cases less is better, because having more partners could translate to a lower common denominator when cutting issues, which broadens campaign messages. However, more allies could generate more resources, and so a balance needs to be struck.

Having worked for progressive organisations, this made me consider, “How far can an organisation push their view before they start to lose partners?”. In choosing organisational partners, money is important however local knowledge and influence can be just as crucial. For instance, inviting local churches to partake in the alliance could be just as important as getting major NGOs to commit.

Tattersall advises to choose members based on organisational interest, commitment, and capacity, then set out doing intensive capacity building work with those partners.

Choice 2: Who will make alliance decisions?

Tattersall suggests that organisational leaders need to be present when major alliance decisions are made in order to keep things moving and avoid delays. This seems obvious, but how do you get institutional leaders to be present at the meeting rather than their assistants? And how can we make sure this happens with member led organisations such as unions? Is it more crucial to have delegates there or branch secretaries? For a strong alliance, token representation would not be enough, and if there is genuine commitment from the partner organisation, perhaps an organisational leader and a leader-member could be invited to all alliance meetings.

Choice 3: What issues will the alliance take on, and how will they be framed?

Here, Tattersall writes about unions as an example of how an organisation can still push for their self interest and “wield the sword of justice” by broadening their campaign messages to combine legitimate social public interests.

A coalition led by a dominant organisation, who blatantly promotes their narrow self interest, can easily be demonized by the media. Two major lessons I gathered from this were: when working with large and powerful organisations as coalition partners, getting them to agree to broaden their own campaign messages would benefit both them and the coalition, and secondly, be careful to not allow those dominant groups to take over the media messaging. Instead have smaller partner organisations, outside of the dominant groups, to push the message. An example of this from the case studies is a living wage campaign rather than focusing on increasing salaries. In this case, labour union partners could have more legitimacy as a fighter for the larger social public interest when they broaden their messages outside of salary increases.

Choice 4: When will action occur?

Choice 5: Who will participate in planning and action?

To generate participation and political influence with local broker organisations, Tattersall suggests that coalition builders make space for rank and file members to strategize action plans and develop these plans themselves. Without local partners doing this work coalitions can be accused of being “out of touch” with the community.

Tattersall’s challenge to unions is particularly interesting. She urges them to face issues such as declining density, social isolation and reduced political influence, and pushes for them to consider coalitions which can engage a new level of members on a different level. Across the case studies, the unions involved gained more power from working in coalition when they had less direct control over the coalition. The old view is that the coalition should support the union goals, with community groups as an add-on to union power. This is a zero-sum framework, as community resources flow towards the union.

She advocates for a new view to build power with unions and achieve a positive sum relationship. Alliance issues, events and meetings should be framed and planned to build each other while meeting each others needs, resulting in the partner organisations being more likely to benefit from shared power and resources in the long haul. As an example, community organisations should not only be asked to simply turn out to rallies, rather, the unions could send leaders and rank-and-file members to coalition strategy meetings to help plan the campaign. This can broaden the vision for unions, and increase campaigning skills for their members. In return the labour unions win public legitimacy and enhanced power.

A broad range of progressive organisations could benefit from this book. With many organisations under attack and ever growing challenges to the potential for a fair and sustainable future we need to figure out how to be stronger together. Power in Coalition is a valuable tool for that project. 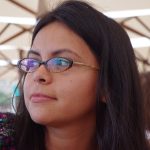 Denisse Sandoval is a community organiser from New York, now based in Melbourne. Trained by the Gamaliel Foundation, she has led workshops on community organising such as the 99% Spring initiative. Her capabilities range from grassroots issue-based organising projects to faith-based/institutional coalition building. She is currently working in the Australian trade union movement. She is interested in building collective power with others across diverse sectors in order to achieve social and environmental justice.

Want to learn more about alliance building? Read this interview with Amanda Tattersall, and come along to the MCN session on Building Effective Alliances, 6pm Thursday March 6 at Ross House.