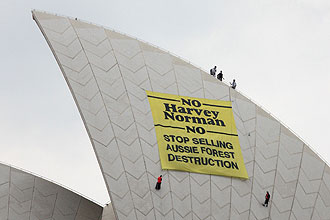 The Melbourne Campaigners’ Network gathering in February included updates from nine campaigns. It was a good opportunity to get a sense of what is coming up in the year ahead, and the different approaches campaigners are taking. Small group discussions included questions around tactics, choosing issues, relationships with different stakeholders, engaging faith communities and young people, using social media, nonviolent direct action and more.

Melbourne Campaigners’ Network is a regular networking and development opportunity for campaigners, organisers and activists. Topics reflect the interests of participants. The next event is the Art and Campaigning forum co-presented with Arena Project Space on Thursday 15 March. We’ll take a break over April and be back with Theories of Change on Thursday 10 May. Got an idea for a future topic? Or interested in presenting to a group of your peers? Please get in touch!

The Last Stand is an action-focused environmental organisation committed to nonviolence and utilising direct action, social media, and fun, creative campaigning. The Last Stand is campaigning to make Harvey Norman and other leading retailers make a commitment to stop selling furniture and other products sourced from timber from native forests.  TLS hopes to inspire and provide resources for activists across Australia to join in creative direct action.

Public Schools For Our Future

Public Schools For Our Future is campaigning for a critical increase in investment in the public school system by the federal government to ensure every child can get a great education. A national review of school funding arrangements has been completed by David Gonski and new legislation will be introduced this year that will govern school funding into the future. Public schools only receive one third of Federal Government schools funding, even though they teach two thirds of our children. Taxpayer funding for private schools has also been increasing at a higher rate than for public schools since 2001. We need a new funding system that ensures there are public schools of the highest quality in every community.

Every Australian Counts is the campaign for a National Disability Insurance Scheme. The NDIS will make it easier for people to access essential care, support, therapy, equipment, early intervention and training. The NDIS was recommended by the Productivity Commission and has strong public support with over 108,000 registered campaign supporters. Every Australian Counts is campaigning for the government to Make the NDIS Real in 2012. The campaign includes public advocacy, community awareness raising, lobbying of MPs, social media actions and public forums.

The Australian Youth Climate Coalition (AYCC) aims to build a generation-wide movement to solve the climate crisis. Australian Youth Climate Coalition (AYCC) is showing support for 100% renewable energy by holding ‘Repower’ events all across Australia, which raise money to ‘Repower’ local pubs, cafes, and other community venues. These events reduce emissions at a local level, they educate our communities about the fact that 100% renewable energy is possible, and they show our politicians and media that we are a growing movement of people who want action on climate change.

World Vision works to eliminate poverty globally, including through campaigns  such as Don’t Trade Lives and Child Health Now. Don’t Trade Lives is an advocacy campaign seeking to unite Australians against human trafficking and slavery. Working together, Australians can create change, asking governments to strengthen anti-trafficking policies and petitioning industries to make changes to help eradicate child labour. World Vision’s global campaign Child Health Now is the culmination of 50 years of experience caring for children and their communities. The health of mothers and children can be improved through simple, affordable and achievable means. Get involved in the campaign and help bring an end to preventable child deaths in the world’s poorest countries.

Quit Coal campaigns against expansion of the coal industry in Victoria. Building new coal infrastructure locks in decades of dirty, old technology, when we should be moving towards clean, renewable energy. Quit Coal is running three campaigns in 2012:

Friends of the Earth Anti-nuclear & Clean Energy (ACE) collective campaigns on uranium mining, nuclear waste, and nuclear power. On 11 March 2012 — one year since the start of the Fukushima nuclear disaster — Australians will take part in a national day of action to end uranium mining. The Federal Government has confirmed that Australian uranium was in at least five of the six reactors at Fukushima at the time of the accident. There is only one responsible course of action: to avert a future nuclear catastrophe by ending the mining and export of uranium by Australia.

Change.org is a social action platform that empowers anyone, anywhere to start, join, and win campaigns for social change. Millions of people sign petitions on Change.org each month on thousands of issues, winning campaigns every day to advance change locally and globally. Change.org launched in Australia six months ago and already has a community of 150,000 people. Change.org has been taken up as a tool to mobilise people on a range of issues including ending the ‘gay panic’ defence in Queensland, targeting advertisers on Kyle Sandiland’s radio show, and advocating for Baiada poultry workers’ safety and job security.