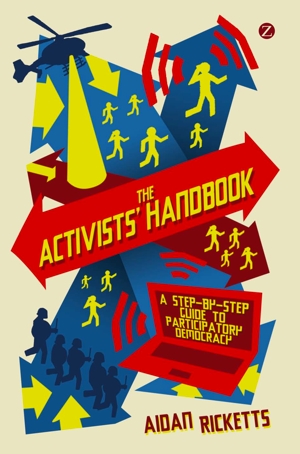 Aidan Ricketts was in town last week to launch his new book The Activists’ Handbook. The launch was hosted by the Wilderness Society at Kindness House and included a presentation by Aidan on the fast growing and impressive movement to stop coal-seam gas.

For those of you who missed it, here are some of my tweets from the night, on some of the key issues that jumped out at me. 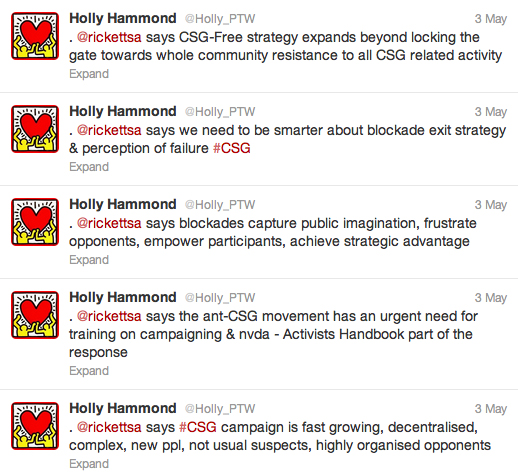 The CSG-Free Northern Rivers campaign is obviously one to watch and learn from. The inspiring introductory video is a good start!

Plan to Win is always pleased to see new resources made available to activists, and we’ll be exploring The Activists’ Handbook over coming months. To kick us off, Naomi Blackburn offers the following review of the early chapters of the book. These are particularly relevant to Theories of Change – a topic Naomi will be leading discussion of at this week’s Melbourne Campaigners’ Network event. 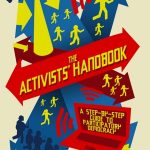 Thinking again about the role of theories of change in activism this week I thought I’d look at the opening chapters of Aidan Ricketts recent publication The Activists’ Handbook: A step-by-step guide to participatory democracy. Aidan Ricketts is an Australian environmental activist, activist educator and academic at the School of Law and Justice at Southern Cross University in Lismore. Ricketts says in the introduction that his hope for the book is that it “saves newly emergent activists from the ordeal of having to reinvent the wheel”.

Perhaps reflecting his academic bent, the book starts with two fairly theoretical chapters that focus on big ideas about activism. These are then followed by the more immediately useable advice suggested by the ‘step-by-step’ subtitle. Campaigners are typically a practical bunch and I suspect many will do as I did and flick to the middle looking for the practical advice to start off with. There they will be rewarded with a range of strategies to pursue change though the political system, by corporate lobbying, through direct action and via the courts. However, in starting with theory Ricketts obviously thought these ideas were important for new activists to engage with and I agree.

The first chapter ‘Advocacy, activism and the practice of democracy’ starts the book at quite a high conceptual level, with the definition of democracy itself. Ricketts devotes this chapter to defining between public and private interests. He shows how the law privileges private interests and makes it difficult to protect public interests though the courts. He also provides a checklist for determining when a problem is a public interest problem. In the introduction Ricketts talks about his work with resident groups fighting local battles. I can see this public versus private distinction being particularly valuable for those who are acting to protect their local area because it is so important to be able to articulate the public interest at stake in those campaigns.

The second chapter ‘Building successful social movements’ introduces some of the key movement debates such as what is meant by non-violence and how to structure movement decision-making. These are only covered briefly here and serve to introduce the later chapters on ‘Direct action, protest and your rights’ and ‘Social change and conflict resolution’. On non-violence Ricketts acts as a helpful intermediary, directing readers to the work of American author and academic Gene Sharp and a recent issue of New Internationalist that focused on the topic. This thoughtful referencing was an aspect of the book I really appreciated.

In this second chapter Ricketts also provides a great introduction to Bill Moyer’s Movement Action Plan and illustrates the stages using the North East Forest Alliance as an example. Ricketts serves new activists well here by introducing a classic text with just enough to get a feel for its value and then referring them on to Moyer’s book for more. He takes the same strategy in introducing readers to the work of Joanna Macy on despair and hope and to Katrina Shields’ work on self-care. [For more information on the Movement Action Plan see the recent post on Frameworks for Winning Change.]

Overall these initial chapters do a good job at introducing the reader to some core concepts, which create a platform for both later chapters and future reading. I feel like Ricketts is letting the emerging activist know these topics are the subject of discussions and has introduced them to some people with whom they can continue the conversation. After a pause and a think he’s happy for them to dive on in to the advice on strategy, media and more.

The Activists’ Handbook is available for sale online – you can nominate a referring organisation to receive a portion of the cost. Plan to Win will be included as an option in the near future, or choose one of the other worthy organisations or campaigns. 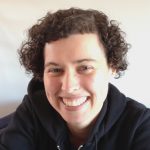 Naomi Blackburn is a facilitator and activist educator who supports campaign groups in decision making and strategy development. She enjoys working with large groups to find common ground across a diversity of political viewpoints.

For more exploration of the big issues in activism come along to the Melbourne Campaigners’ Network workshop on Theories of Change this Thursday 10 May 6pm – 8pm at the Wheeler Centre.